József Vándor (Puchbner-Wech) was born in Dorog on 29 October 1909, in a modest family. His parents were farmers. His parents, Sebestyén and Mária, brought him up in a loving atmosphere and transmitted to him such fundamental values as the love for work and study, moral rectitude, the regular reception of the sacraments, and the love and veneration for Our Lady. 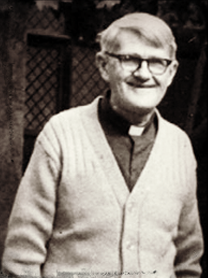 When the smart boy, endowed with a poetic vein, finished his studies, he told the parish priest of his village, Artúr Pehatsek, that he wanted to become a priest and a missionary. Thanks to his mediation, József Vándor was admitted to the Salesian Institute of Péliföldszentkereszt, where he started his religious formation and took his first vow in 1928. He took his perpetual vow on 13 August 1932, then he went to study in Turin, where he was ordained priest on 5 July 1936.

His dream of becoming a missionary was fulfilled in that same year: after a short period in Hungary, his superiors sent him to Cuba, where he served for forty years. His talent for the education and his Salesian spirituality enabled him, already at a young age, to fulfil tasks including great responsibility: he became director of several schools. In 1943, he was appointed master of novices and, later on, spiritual director of the novitiate of the Daughters of Mary Help of Christians. In 1945 he received the Cuban nationality and he changed his name to Vándor.

On 8 December 1954, he started his lifelong ministry in Santa Clara in the church of Our Lady of Mount Carmel, entrusted to the Salesians. His familiar, tall figure and his kind and attractive personality immediately made a great impression on the parish community. He founded an art and vocational school, which was nationalized in 1961. From then on, Father Vándor dedicated himself exclusively to the pastoral care of the community of Santa Clara, the members of which held him in high esteem.

Everyone knew him as a "man of peace". All his actions were motivated by the love of God and the salvation of souls. He continued to serve his faithful even during his long illness; he accepted the will of God and he always bore the pain with great patience. He passed away on 8 October 1979 in Santa Clara. Due to his spirituality, he was considered a saint when he was still alive. He was often compared to Saint Frances of Sales, due to his patience and kindness, and to Don Bosco, due to his great love, faith and cheerfulness.

God, merciful Father, you turn your saints into living images of your love.
You granted Father József Vándor the grace of becoming a sower of peace among us and a model of the acceptance of your holy will.
Through his intercession, I ask you to grant me the favour that I need (the favour) and that I ask from you with deep faith.
Through Christ, Our Lord.